An article in The New York Times has brought forward some of the on going research into our digestive system and how our bodies interact with bacteria. For every human cell there are 10 resident microbes, they are on your skin, on your tongue and inside your intesine.

These bacteria assist with the ever changing environment, in mutualism, they can adapt more quickly to a change in environment than our bodies could when presented with something new and in return we provide them with the perfect environment to live and reproduce.

The bacteria in our gut is cultivated from birth up until the age of three where they become more stable and resemble more those of an adult. At a natural birth a baby will be exposed to a whole range of maternal microbes during the messy process. If a baby is born via caesarean, which is comparitively sterile it’s gut bacteria will more closely resemble that of it’s parents skin. The later being less than ideal as it increases the likleyhood of asthma, autoimmune problems and possible higher rates of allergy. If a child does not get the right microbes at birth theit auto immune system may fail to develop properly. 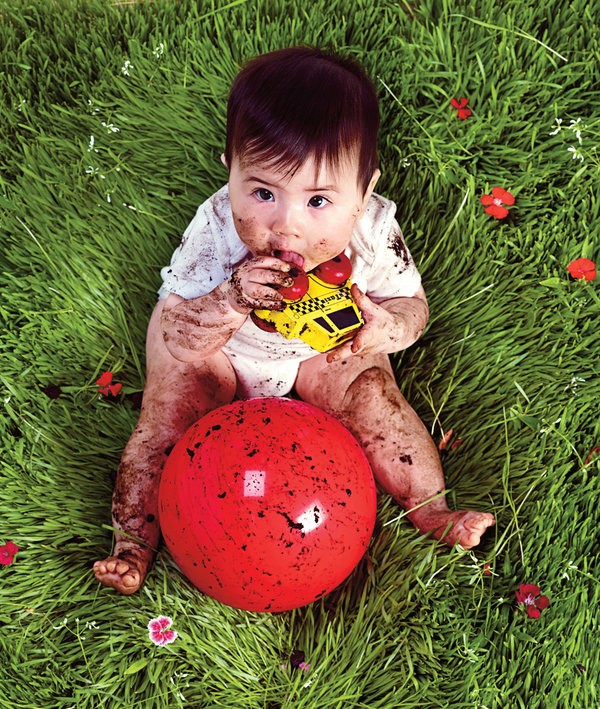 The study of babies specialised diets has come to find that breast milk, being a complex carbohydrates known as oligosaccharides, which babies do not have the necessary enzymes to digest, has often puzzeled scientists. However “It turns out the oligosaccharides are not there to nourish  the baby but one particular gut bacterium called Bifidobacterium infantis, which is uniquely well-suited to break down and make use of the specific oligosaccharides present in mother’s milk. When all goes well, the bifidobacteria proliferate and dominate, helping to keep the infant healthy by crowding out less savory microbial characters before they can become established and, perhaps most important, by nurturing the integrity of the epithelium — the lining of the intestines, which plays a critical role in protecting us from infection and inflammation. We inherit most of out initial microbes from our parents.

With modern diets having an increasing amount of processed food, which is often sterile and mircobe free in itself and the common use of antibiotics there is an ongoing debate as to whether we are affecting our gut microbes in a neggative way. Some scientist doubt that modern food is having a neggative impact on our microbiome, whilst others are concerened with the antimicobials ingested. There was a collective belief that the lack of fibre in most diets was having a negative impact on the micobes.

Antibiotics can be harmful to our gut microbe ecosystem as it can rid both the harmful and the established beneficial bacteria that we need, leaving a blank canvas for new microbes to re-establish themselves, this could hinder digestion and cause problems. The bacteria in the gut can vary the rate of metabolism, certain bacteria increase or slow the rate down dependant on the enzymes they produce.

“Fiber is not a single nutrient … There are hundreds of different polysaccharides … complex carbohydrates, including fiber … in plants, and different microbes like to chomp on different ones.” The food industry had added a polysaccharide called inulin to hundreds of products in order to boost fibre intake amongst other foods, however that’s one type of polysaccharide derived from chicory-plant root, there are a greater variety out there and each in favour of a limited number of microbes. A variety of wholegrains and a diverse diet of plants, vegetables and fruits could be “The safest way to increase your microbial biodiversity by eating a variety of polysaccharides.”