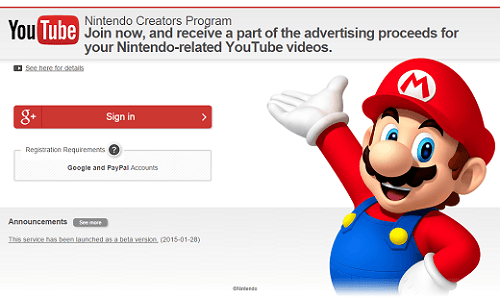 So there’s a good chance you’ve played a Super Mario game in the past, it’s one of Nintendos most popular franchises and he’s the company mascot, you might have even played a similar imitation game? With all the competition between competing companies, game imitations and emulators leaving the PC, now found in portable devices such as phones and tablets, Nintendo have recently had to change their game strategy a little more than they were previously comfortable with. Super Mario games have been known to boost a consoles sales where fans, which Nintendo has a huge following, would wait for the latest Mario platform game before purchasing the latest console. Nintendo has always valued the high quality of its in house games and it often takes a long time to develop the next game in a franchise with such high expectations, furthermore their consoles graphics and processing power has fallen behind that of it’s closest rivals from Sony and Microsoft, therefore it relies highly on the exclusivity of its titles.

Super Mario Maker, is a game that enables players to be as creative as they wish, creating levels as easy or difficult they feel the need. This is a smart move from Nintendo, as there have been many imitation Mario games in the past which enabled players to do this, however when Nintendo made their own, adding a little Nintendo charm, it instantly became a hit. The Super Mario Maker actually uses the large tablet style remote effectively too, unlike most of the other games found on the console, although there are some other titles such as Zombie U which provide a more immersive game experience when paired with the otherwise awkward premium remote. There are many fan made Super Mario Maker levels, many of them are also impossibly difficult, however every now and then someone makes something special and very creative, there is also the ability to share the levels among the Nintendo community so that others with the game can download and play levels you have created. Here is an example, Level ID: 2A8F-0000-0049-9485 should you wish to try it, otherwise you could just watch the following video.

Videos that have Nintendo game-play or likeness, such as in imitation games, often get reported and taken down where the following statement is found ‘this video is no longer available due to a copyright claim by Nintendo’. Of course people still make videos, share their experiences and even positively encourage others to play official Nintendo titles, yet Nintendo still which to keep their fragile gaming experience under the lock and key of copyright protection.

Pokemon is something you’ve also most likely heard of, it’s another of those franchises that Nintendo has made ever popular, similar to how Tetris was made really popular, via Nintendos handheld console the GameBoy where two people with copies of the same or compatible games could connect using a link cable. Times have changed, there are unofficial copies of both these popular titles, connecting to play with a friend can now be done without cables, they don’t even need to be in the same room, people can connect over WiFi with millions of people all over the world. Enter ‘Pokemon Go’ the latest Pokemon title making itself to the mobile gaming platform, Nintendo has already released some Pokemon related content exclusively for iOS ranging from Pokedex to Trading Card Games, however this appears to be a more comprehensive experience with an emphasis towards a VR like experience and an immersive cross platform real world multiplayer.