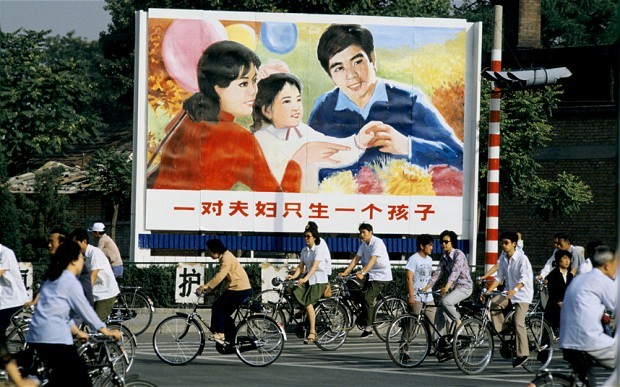 China’s one-child policy has finally come to an end, this is due to government concerns that there may be not be enough young people to support the now aging population. At the time when the policy had been introduced life expectancy was not as high, however due to medical advancements, better healthcare and diet people are now living longer. The one-child policy was originally introduced to combat overpopulation, there was a lot of government propaganda to encourage couples to only have one child, there were strict laws in place to discourage more than one child. There was a favor towards having boys and during the 35 year policy there had been over 336 million abortions.

Chinese couples are now allowed to have two children, official media from China have stated that it isn’t ready to relinquish it’s grip from it’s community in Beijing, although demographers also warn it may be too little too late. The one-child policy has been one of the most notorious restrictions on Chinese lives, intruding on a very personal level, the Chinese government also has very strict restrictions on the internet, which has come to be known as the great firewall of China.

China currently faces a declining, graying population without the workers it needs for its vast economy, which is currently the second largest in the world. There is currently no timeline for implementing the policy towards couples who wish to have a second child, however a transcript from the National Health & Family Planning Commission states that it will be gradual to avoid any major population spikes.

The policy had been decisively dropped at after a meeting of top party leaders, known as the Fifth Plenum, charted out China’s economic and social plan for the next five years. This came about after a relaxation of the one-child policy two years ago, which resulted in a disappointing amount of additional births, estimated at 1-2 million extra, there is also a favor for male children which is at 116/100 boys to girls, where the World Health Organisations ‘natural rate’ is at 105/100.

Beijing faces the difficult task of nurturing long term growth, with a shift towards a more consumer focused market which may prove troublesome, managing an aging population with fewer young people to encourage spending and promote services.