Infra is one of the many projects by Chris Shen, a London based artist who often explores the human relationship with technology and the formalities of video and communication, he has recently utilised 625 unwanted remote contols from old TV sets to reverse their role and produce images. The remotes were set on a specialised racking and rewired into a modified Peggy 2 LED pegboard, which allowed Shen to broadcast live television. 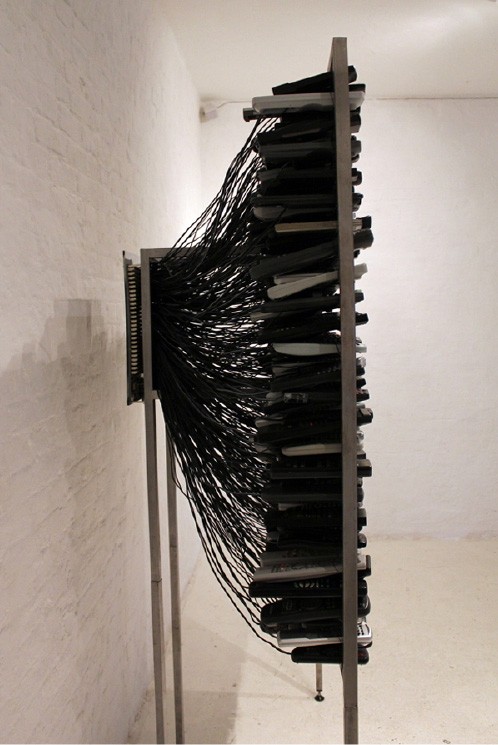 Shen says he designed ‘Infra’ as a meditation on technological evolution and power. In creating a display from remote controls, he effectively inverts the hierarchy upon which traditional TV viewing was founded, while providing a glimpse into the invisible phenomena that facilitated it. By pointing the remotes directly at the viewer, Shen implicitly raises questions about the man-machine power structure, suggesting that the lines of ‘control’ may not always be one-directional as we think. 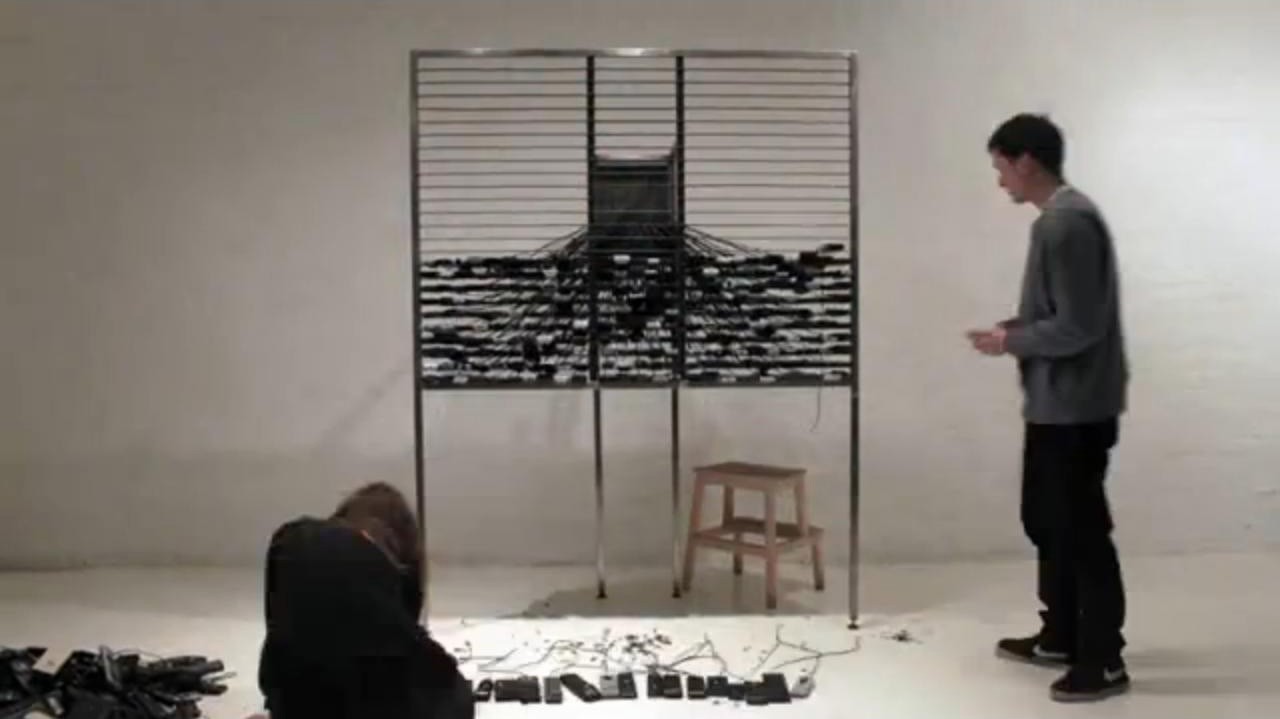 The impressive peice, which took painstaking attention to detail is currently on display at 18 Hewett Street in London, until the 3rd February. It creates a stunning array of light only visible when viewed through infra-red goggles.