In China the carrier Unicom is offering free pocket enlargement for customers purchasing the ApplesiPhone 6 Plus. This is clearly a publicity stunt as large phones have been available in China for years and are highly sought after, moreover this has been a very effective marketing strategy as an image of some jeans being adjusted has gone viral on the coutries social media site Weibo. 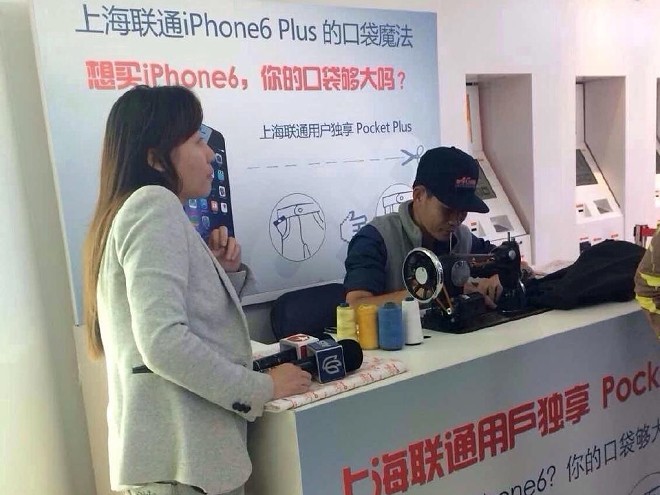 They were not the first to come up with the idea however, as telco KPN in Amsterdam also hired a taylor upon the launch of the new iPhone to adjust customers pockets outside on of their retail stores, giving them a lab coat to wear whilst their trousers were adjusted which also created possitive PR.