For the first time ever scientist claim to have conclusively measured the speed at which a black hole is spinning. The mind bending speed was measured using data from both a nuclear spectroscopic telescope array and x-ray satellites.

Calculating the black hole spin rate in terms of an exact numeric velocity, in a form we can relate to on earth, is challenging because spinning black holes distort spacetime around them. “It’s not like we can paint a little dot on the black hole and watch it spin around at some velocity.” 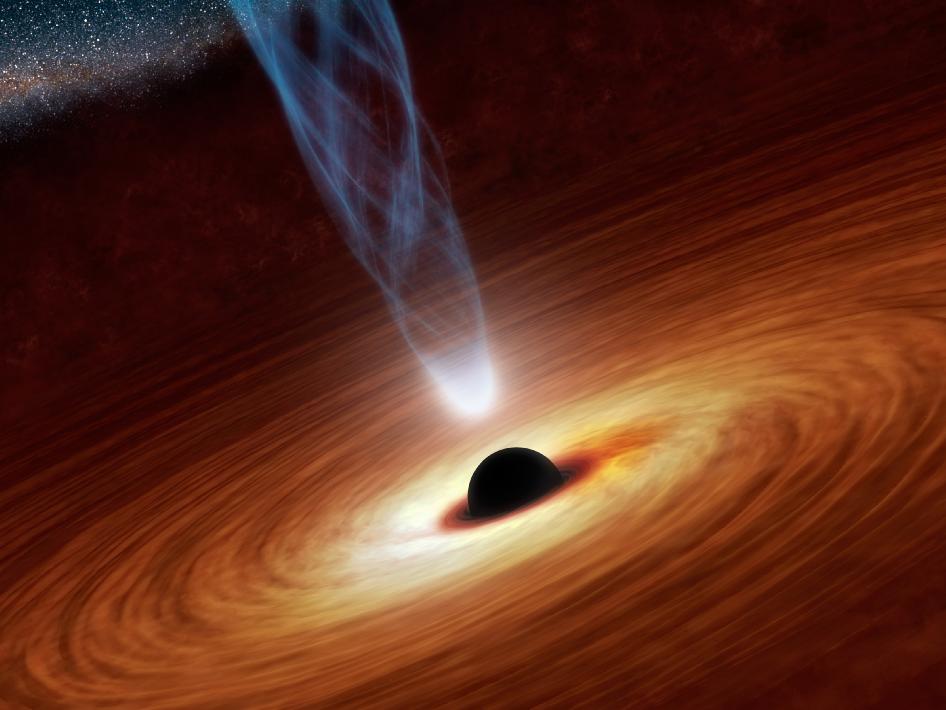 Scientists know the energy given off by this black hole’s rotational energy is equivalent to a billion stars shining over the course of a billion years. It is also known to what extent the black hole’s spin is distorting spacetime. “If you were standing near the event horizon of this particular black hole, you would have to turn around once every four minutes just to stand still.”

The black hole examined has a mass two million times our Sun and its galaxy is located 60 million light years from Earth. Most galaxies are thought to have large black holes at the centre. However until now, scientists have only been able to estimate how fast they were spinning due to clouds of gas blocking their view. NASA’s NuSTAR telescope which launched into space in 2012, takes a broader view of the high-energy x-rays being emitted by the matter that gets sucked into a black hole. The new findings should help verify previous measurements of other smaller black hole spin rates.