“This was the first event the First Lady had been at and they hadn’t seen each other for days… I always try to focus on them as a couple, rather than as public figures.” 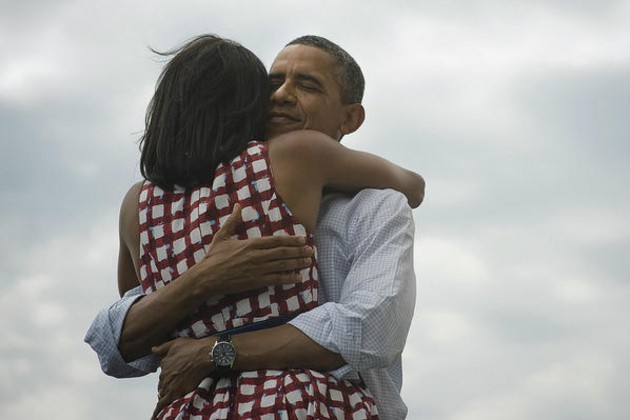 The photo, taken by Scout Tufankjian, had been selected for Obamas victory tweet along with the caption ‘four more years’ and has since gone viral and broken records as the most tweeted and like photo on facebook on each site, ever.

Tufankjian has been shooting professionally for 12-13 years, moving from Northern Island to the States, covering international stories such as the Egyptian revolution and the Haitian earthquake. In 2006 she covered a book signing which lead to her decision in continuing her coverage of Obama for the following two years, which lead to her return and the capture of the now famous photo on August 15th this year.

She mostly uses fixed frame lenses, an 85mm 1.4 used in the ‘four more years’ shot, these lenes are not very flexable “which is high risk, but high reward. When you nail it, the picture can be beautiful and kind of dreamy with a three-dimensionality that I love, but when you don’t, it’s useless and out of focus. You have to be willing to miss things (and not get too caught up in the stuff that you missed) to shoot that way”. 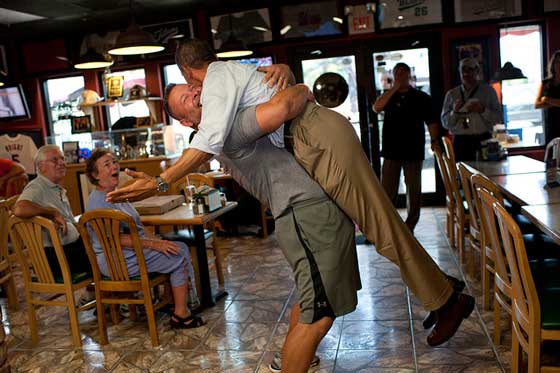 Photos are best captured on impulse and in the moment, otherwise you’ll miss it. “A lot of it is luck and preparation. Like for the bear hug piture, which also went viral, I just happened to be in exactly the right place with exactly the right lens, which doesn’t always happen. And sometimes, embarrassingly, I don’t even notice that something is happening until afterward, like with the kissing kids picture that Gawker covered. I would love to say that I saw that happening, but I totally didn’t.”

Tufankjian says to “cast a wide net” however to avoid constant bursts which can be “alienating (you don’t want your subject to feel like they are being machine gunned), but the more pictures you take, the more often you are going to get something great.”